Is there really such a thing as 'pay as you go'?

My first mobile broadband thingy was a 'Three' model; fater the initial data allowance was used (took several months, I recall), any subsequent topup lasted a month, whether used or not. That's equivalent to buying four tins of beans, after a month you've only used two so they take them back off you; not really on.

I then - a couple of years ago, I think - found a Vodafone one (yes, pay full tax in the UK, you b*stards) that claimed unlimited data; I managed to get one before it was discontinued. The initial data allowance - think it was 1Gb, must check - lasted me those two years; most websites fucntion fine with images off, and it saves a hell of a lot of daya, when it's being counted. I was down to my last pound's worth, and a mere half an hour phone call later I was able to add more credit. £15, for 1Gb of data. That will only last 3 months, then it is taken away again; back to the beans again. So why call it pay as you go? It seems to be pretty universal, too - I haven't researched it much for a while, but I don't know of any company that will offer genuine pay as you go mobile internet.

Of course phone companies are all about money (and keeping it rather that paying it in tax), and customers like me are their worst possible nightmare. I can't imagine ofcom are interested, but it's a typically capitalist the-customer-always-loses scam. yes, I'm playing the game too, just doesn't seem fair.

Meanwhile - in even less exciting news (for the sake of adding a picture), these are back in a pound shop near you; 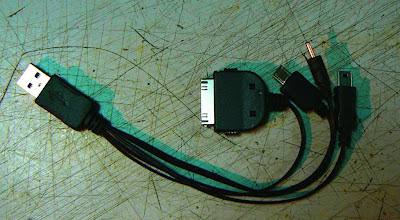 I know, I know. But it is useful; it'll charge a newish Nokia phone, iPod/iPhone, anything with a mini-USB (lots of things, not just phones) and also micro-USB (Blackberries, Samsung phones, I think, also kindles) from a USB socket; either in a computer, or from a car cig lighter USB power supply, also hadily on the same shelves (or a mains one, if you have one). You may never need it, but might come in useful too.

arg - new blogger; yes, I get so see that a random post about furniture made from pallet wood got 2,272 views, but why do I have to go back to adding html paragraph tags just to format my post. Otherwise it looks like the rantings of a madman. Ah, erm...

Too much water & not enough boats 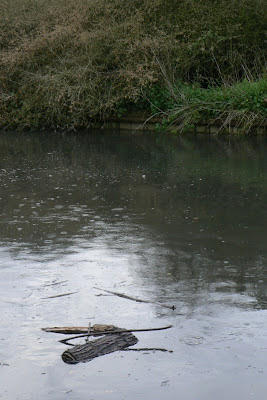 Tortoise is at the bottom of the Hanwell flight at the moment, just where the Brent enters the canal - otherwise known as 'The Fox'. With all the recent local rain the water level has risen around a foot since yesterday; a neighbouring boater reckons they'll have opened the sluices on the Welsh Harp reservoir, although whether that is fact or conjecture I'm not sure. The flow is pretty impressive, certainly a couple of miles an hour, certainly the coots struggled against it. A lot of rubbish/twigs/logs has floated past today - most are piled up by the first wier, above Osterley lock. 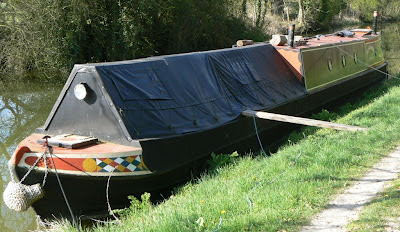 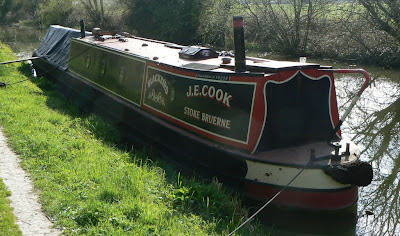 Seen on a recent flying visit to the K&A lovely. That would be my workshop under there, could be opened up in summer...
1 comment:

The nice thing about living in Brentford (and being able to bring your own boat down here for a few days, to faff about) is that you see the odd bit of traffic that comes through. Hence I chatted to the crew of 'I Frances', first at the gauging lock and later in various of Brentford's hostelries...

Having been brought over from Bristol by it's new owner, it's a striking looking boat, lots of nice woodwork. It gets more striking when you find out it was built in Canada and sailed across the Atlantic to Ireland, then the UK (link to pdf). Here's the new owner's record of works, and for light relief the collected troglodytes of cwf cast their undoubtedly expert eyes over the feat.

In completely other news, on ebay, the present for someone who has everything; an apparently full size canal boat bow. Currently £1.99 with three days to go, buyer collects...
No comments: