Another canal that isn't

This time, the Royal Military Canal 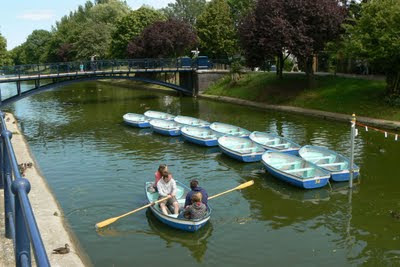 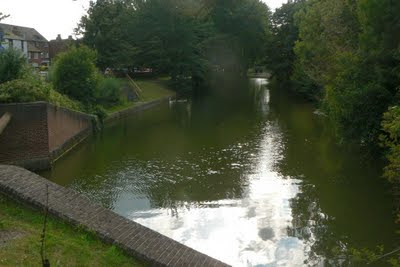 These two pictures are from Hythe, near the eastern end; it continues around what was the old coast, kind of, skirting the expanse of Romney Marsh & Dungeness. It wasn't really built for transportation, and last did any in 1909, I think, but now you can at least get an electric boat from town to the steam railway terminus. It has regular kinks to allow soldiers to shoot straight down it in the event of a Naploeonic invasion.

Back at Dungeness, taking dramatic pictures is akin to shooting fish in a barrel, although I know which activity I'd prefer. Here's a shot I suspect everyone takes*, taken around ten or more years ago, and a few days ago. It's a pretty timeless place anyway, only the missing mast shows the passage of time.

* even the mats on the bar in the pub where we waited for the bus had a variation on this view
1 comment: