For ages I've been meaning to modify a cheap digital camera into a time lapse camera - I'd even bought the camera, and a timer board, but just because I can build something doesn't mean I ever actually get around it - and now I don't have to, because someone's made one, at a reasonable price, too (I've seen digital cameras with a time lapse function hidden away, admittedly, but this is purpose-made for the job).

For £40, Maplin are selling a 2"x3" box that records a 1.3Mb picture repeatedly after a set interval. It records to SD card; the settings can not be changed on the until but are recorded on a data file on the card by the [PC only] set up software; however the results are recorded to an AVI file and can be viewed on any computer with a card reader. This really is quite exciting; it's designed for car use (and comes with a 12v power supply in a cigarette lighter plug), supplied with a couple of different holders, one of which has a standard 1/4" whitworth tripod thread on it - I have a g-clamp that has this thread on it, so a good start (although I'd like to build it into a non-descript and weatherproof box that can be solidly fixed to the boat, really.

This of course will allow the user to make time-lapse canal videos very easily - I wish I'd found this in July & August. I know these already exist on youtube by other people, but this would be my journey, memories, lock delays and mooring stops. 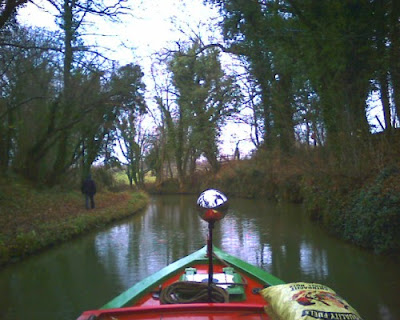 Images captured are 1280x1024 (a strange 5:4 aspect ratio), it's a basic CMOS sensor so not great quality, but that doesn't matter much, I don't think. It works. The still above is from playing with it on Alnwick this morning, as I hitched a lift from Thrupp to Heyford after a quite marvellous boaters banter (thanks Bones for the event & the sofa, Graham & Jane for the ride on Alnwick, and everyone else for company & putting up with my drunken rantings). I need to do a bit of research on programs to edit & resize/crop the output videos, but I think this gadget's going to be fun.

(Maplin are also doing a 12v (takes 3A, not too bad if just on for half an hour to warm the bed) electric blanket for a tenner - certainly tempting this time of year.)

Also discussed was my dubious pedal powered sound system, (the website includes info on how to build a 50w 12v battery charger that will run from a bike) and 12v guitar amps from Germany (albeit made in China, inevitably):

I bought the last option, and modified it myself (putting the preamp in a bigger box with bigger amp & speaker). The battery option is just a battery compartment for 10 AA batteries - although converting this for a 12v input connector would be quicker and easier than with the mains only version, it didn't seem worth the extra money. ;-) 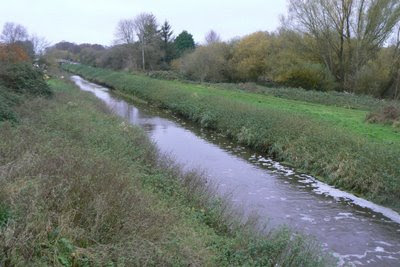 It's Glastonbury Canal, long since abandoned, like the railway that replaced it (and largely ran along it's route). Had it survived, it wouldn't have had much visitor traffic (being isolated, just like the Bridgwater & Taunton, and probably been a maintenance nightmare - the peat in the Somerset levels has subsided and spread, narrowing the canal. We were out there to see the starlings swooping around in formation before roosting, an impressive display, and ended up in a lovely isolated pub, still called The Railway - would have been a perfect canside pub, too.

I was having a few days staying with good friends, experiencing the spectacle (if global warming nightmare) that is Glastonbury Carnival, playing at the folk club in the Assembly Rooms, and dragging half of Flipron out for a pint. Excellent.

Also eating lots of good, ethical, fresh & local food, which is what I've been thinking through for a while, partly out loud at the nascent Fud blog. I found that I was eating far better during my summer on the boat than I do normally at home, for various reasons, and wanted to analyse that, but it's relevant to life generally really. We all eat, after all?
No comments:

Presumably because my home mooring is at Iver, BW have sent me some pre-paid postcards I can send them if I see a motorcyclist using the towpath...

Last year BW took away the anti-motorbike gates, as they prevent disabled access, and the stretch of towpath opposite the (on-line) moorings became part of a circuit for the local kids with scrambler bikes. It was suggested we call the police if we saw one, but when someone did the police told them there was no point them coming out as they'd be long gone by the time they arrived - so they think a post card will be quicker?

The joke about the disabled access is that I've yet to see a wheelchair on the towpath (the steep paths down by each bridge wouldn't make it easy), and were there to be one, the motorbikes would present far more of a hazard than the gates ever did...

So yes, the postcards are to get a broader picture of the situation rather than to shop a partictular miscreant, which isn't really my line, but, like the 'shop an unlicensed boat' thing, also to give the whiners something to do. If the council and BW were serious about it though, they'd fit the gates with RADAR locks (same key as disabled loos, I assume), and provide some decent access points to the canal too. They could also provide the kids of motorbikes with a track on the otherwise disused scrub ground between the railway and canal. Trouble is, positive action needs money (and effort), complaining takes none*.

* as doing writing a blog post about it, I know...
No comments:

A nicely fitted out van...

This was a friend-of-a-friend's van at Dent Folk Festival this year. Really nicely done in a small space, with wall & side cupboards, a folding gas cooker. The futon seat spreads out on the floor to form the bed. As ever, posted here for my benefit more than anyone else's... 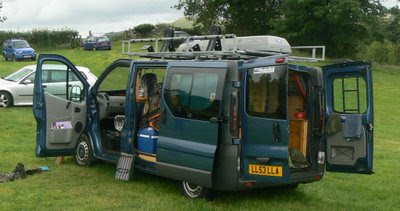 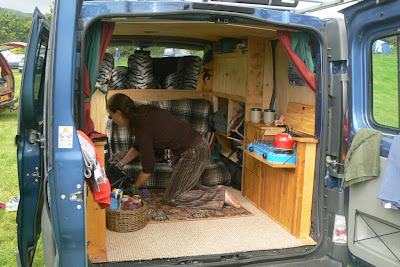 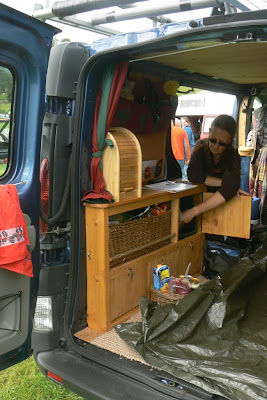 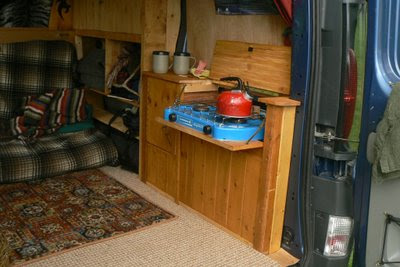 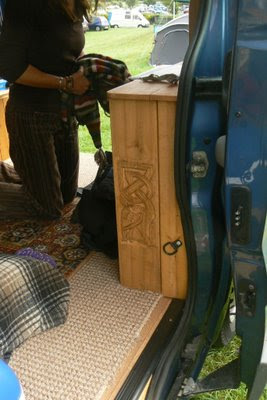 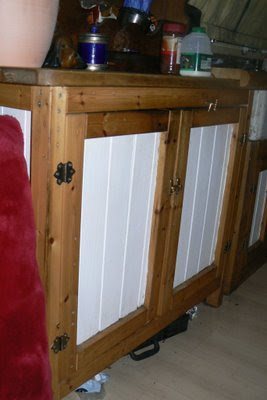